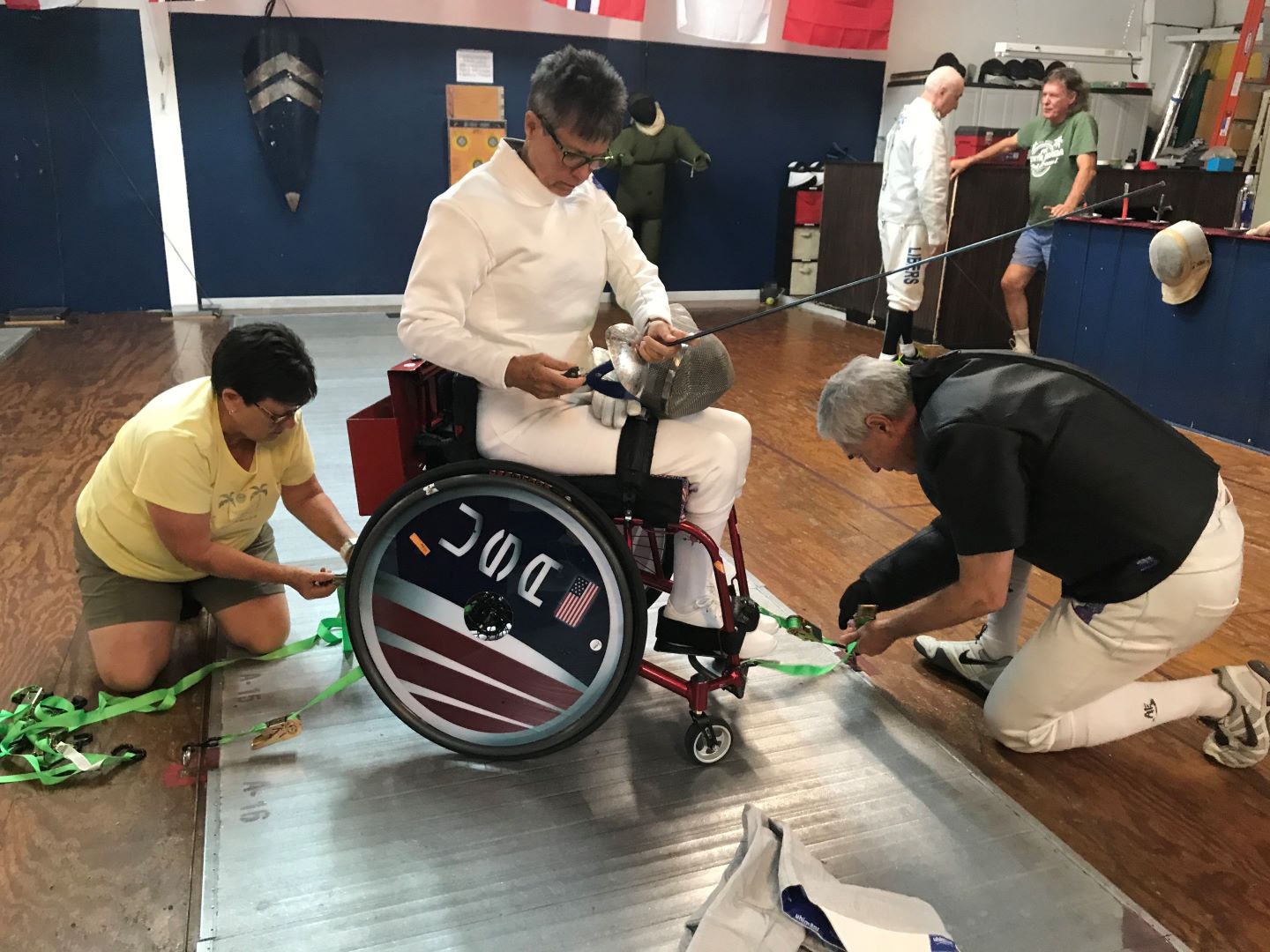 “Fencing is like a mental chess game,” Hayes said. “You have to anticipate what your opponent’s going do before they do it so you can counterattack.”

Hayes is recently retired, so she spends nearly all her time practicing for tournaments and world cup competitions.

Before Hayes became a fencer, she was a special education teacher helping preschoolers learn motor skills and independency. Before her teaching career, she served in the U.S. military as a heavy equipment operator.

In 2011, Hayes was diagnosed with primary cerebellar degeneration, an incurable but treatable neurological disease. The nerve cells deteriorated and died in her cerebellum, the area of the brain that controls coordination and balance. Now, she’s paralyzed from the waist down.

“I walked like I was drunk, and I would have to hold on to the wall to walk; and, then, I started falling a lot,” Hayes said. “One thing led to another, lots and lots of doctors, lots and lots of specialists. I’ve been in a wheelchair now two and a half years.”

After her diagnosis, Hayes went to a sports camp for disabled women. Her love for sports was born from her desire to maintain her freedom. Fencing seemed like it would be good fit because she could do it in a wheelchair and with one arm, since one of her arms is weaker than the other.

Want to see all the local Move to Include events, programs, and specials in this station’s viewing area?

PBS Learning Media brings the power of PBS and your local station together in a free curated resource for educators and families alike.  Open the door to the world with PBS Learning Media.  Visit our dedicated Move to Include curated playlist online.